This year’s Filmteractive Festival caught my attention mainly because of two presentations. The one opening the event, and the one closing it. And they were well worth showing up for! These were definitely the two keynotes that ‘made’ the entire festival. The first presentation was given by Shane Snow—co-founder of Contently, award-winning journalist, acclaimed businessman, and author of the bestselling book “Smartcuts: The Breakthrough Power of Lateral Thinking,” and two future releases (coming at the end of 2017 and in 2018). The last keynote presentation was run by Matthew Luhn, a respected and recognized expert in storytelling, trainer, speaker, and consultant with more than 20 years of experience in creating stories and characters at Pixar Studios.

What, according to these experts, makes content and storytelling perfect? And what makes stories stick with us for a long time?

„That’s my job: to make you cry, laugh, and—what is most important—to make you feel something. And I like to do it. For entertainment and for business,” said Matthew right after he asked the audience when was the last time they had cried at a movie. Of course, he took all the blame for the tears. He fully understands the power of emotions in storytelling. And there were sure a lot of those in his opening speech, when he talked about his grandfather (who manufactured toys), his father (whose dream was to get an animation job at Disney, but he wasn’t assertive and… became a toy manufacturer instead), and finally about himself and that one helpless drawing he made as a kid (thanks to which the father passed on all of his dreams to the son and said, “Son, you will live my dreams. You are going to be a Disney animator.”). And it was these emotions that brought down the house that night. They completely got to the audience and kept their attention until his very last words. 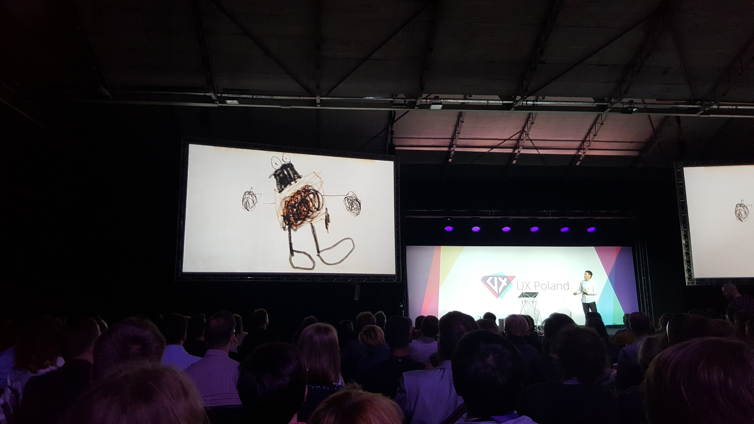 As an example, he chose to discuss an ad by Tiffany & Co., in which the company sells diamonds by “advertising” feelings (in this case, according to Matthew, these are: calm, escape, love, romance, and sophistication). 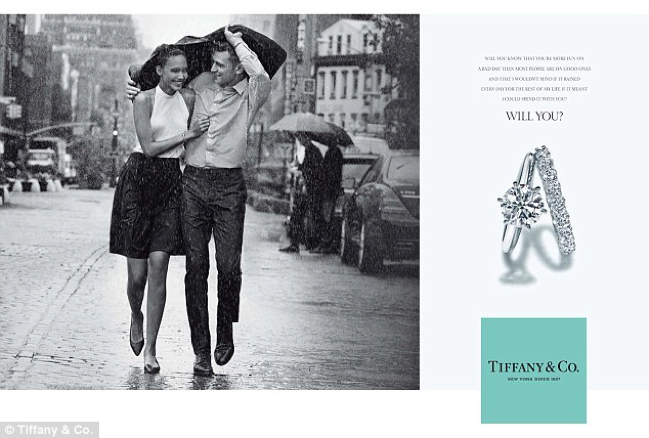 And this only made his message more powerful: create content that evokes a high emotional response.

Personal touch—another must-have in engaging content. A personal story, somewhat silly and seemingly unrelated to the main subject of Matthew’s presentation, seasoned with real-life highlights (about his grandfather: “His secret of a successful life was to make sure to drink four bottles of wine per day.”) or a light-weight narrative about his career—from when he was a student at the California Institute of the Art, through the times when he was part of the team making “The Simpsons” series, to his adventures while working at the Pixar Studios founded by Steve Jobs—quickly created a bond between him and the Filmteractive audience, and at the same time accentuated the speaker’s expertise.

„The stories are meaningful because they’re memorable, impactful, and personal.” 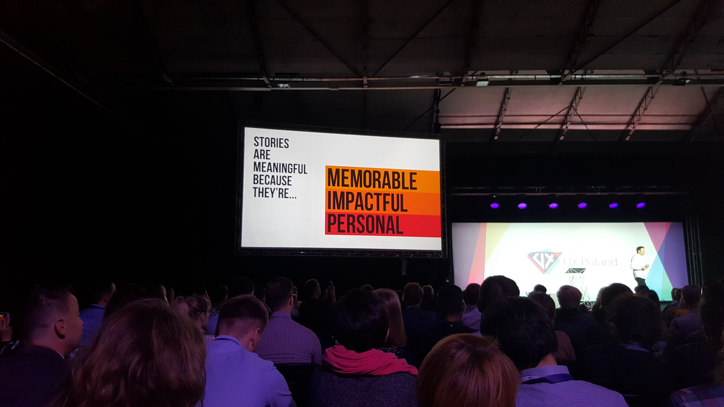 What’s interesting, while only 5 % of us remember any statistics after they are shared, as many as 65 % remember stories told to them. But how do you make people remember? 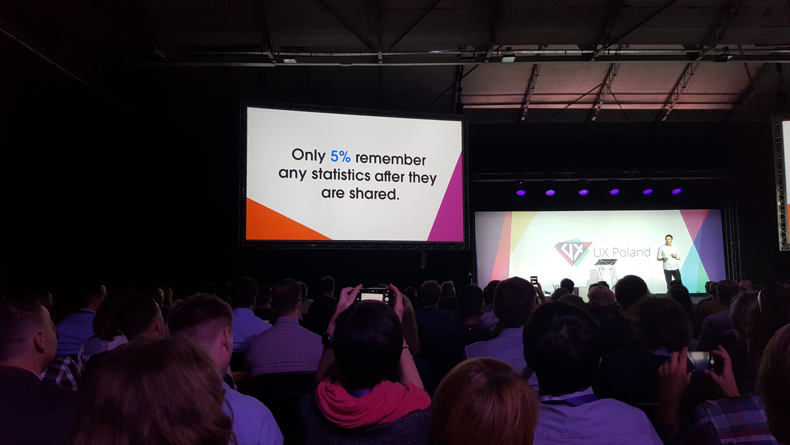 Matthew above all recommends not forgetting to diversify content. According to him, it must be like an up & down roller-coaster, “This is what makes your value, and when you do it, people are going to remember you.” Would you like an example? Take Steve Jobs and the way he used to present his products. A phone, just like any other. But it can do a lot more, that’s why it’s called a smartphone. Pros and cons. Rising and falling. Far-off and close to the client. This will make your products gain importance. Add a motif of change and show how your product will affect your clients (meaning, how it will change their life for the better), and you’ll hit the bull’s-eye. And remember, “Great stories are about transformation.”

Today, you only have only 8 seconds to hook people. How? By creating a piece of content/a story that stands out. And it will if—according to Matthew—it meets one of these conditions:

– it’s unexpected (what if a rat wanted to become a French chef?),

The reality around us makes it difficult. “Only 5 % of content gets 90 % of attention,” mentioned Shane Snow during his presentation. And the internet is just overflowing with content (21 million pieces each minute). 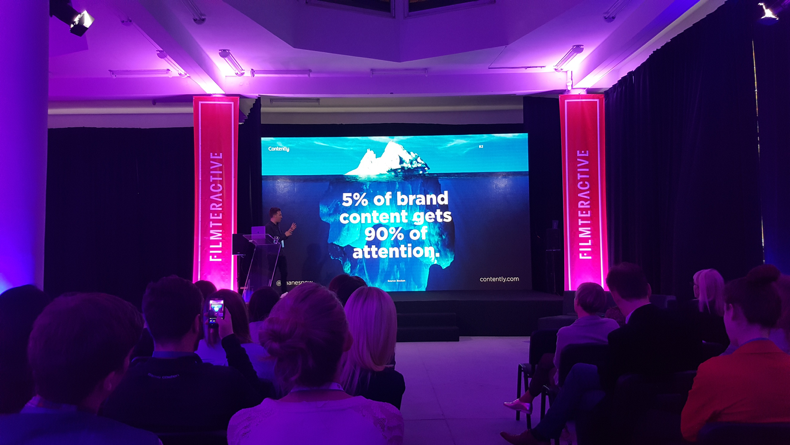 What will lead you towards success is blockbuster content, that is, content that will steal the attention of many. 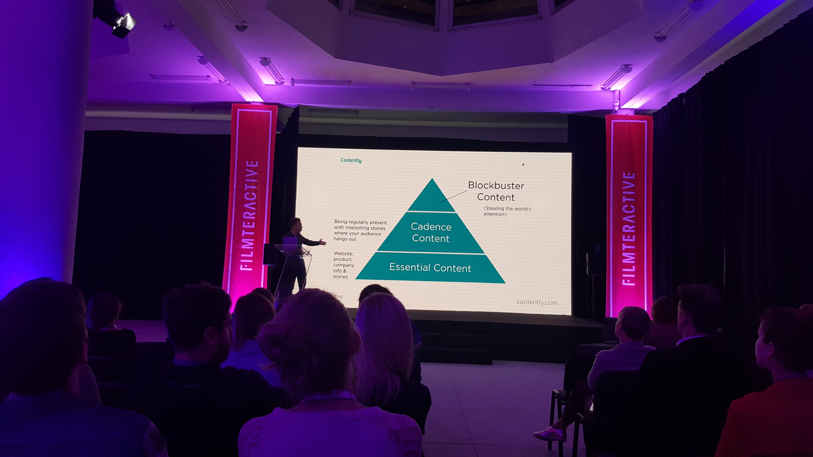 While you (still) need an actual person to create content, technology is what will elevate your content. Shane gave an example of Netflix, whose shows—due to their effective promotion efforts that include producing high-quality content tailored to the viewer—are losing fewer viewers after the first season than series aired by their competitors. 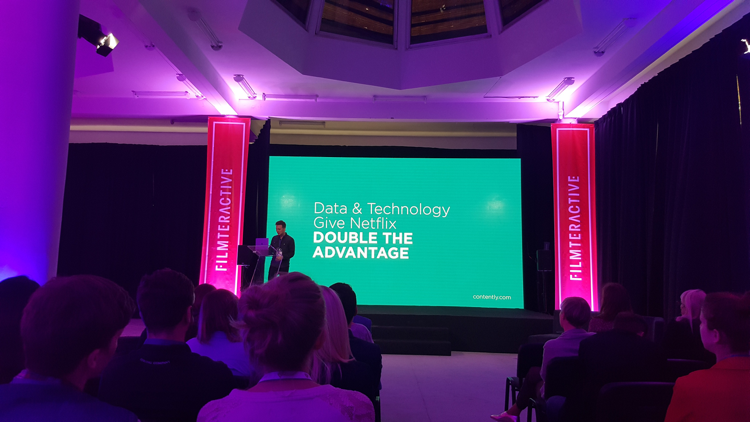 Another example, with which Snow actually started his presentation, is the case study of Star Wars which, following a long period of idleness, again gave direction to cinematography. “Garbage is only cool when novel,” added Shane during his story that was full of references to the world of cinema. 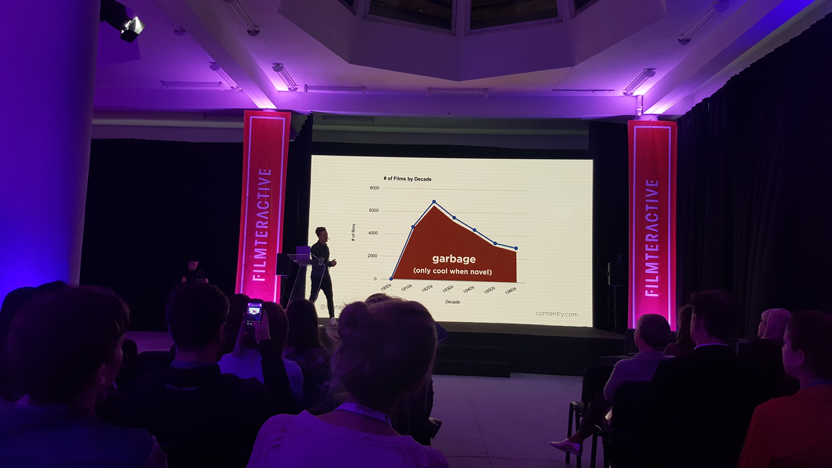 What he had in mind? Well, we create a lot of content nowadays. Which is why content visibility continues to decline.

This, according to Shane Snow, is the point in the Edison Cycle in which a newly embraced medium starts to take a turn for the worse and starts becoming… 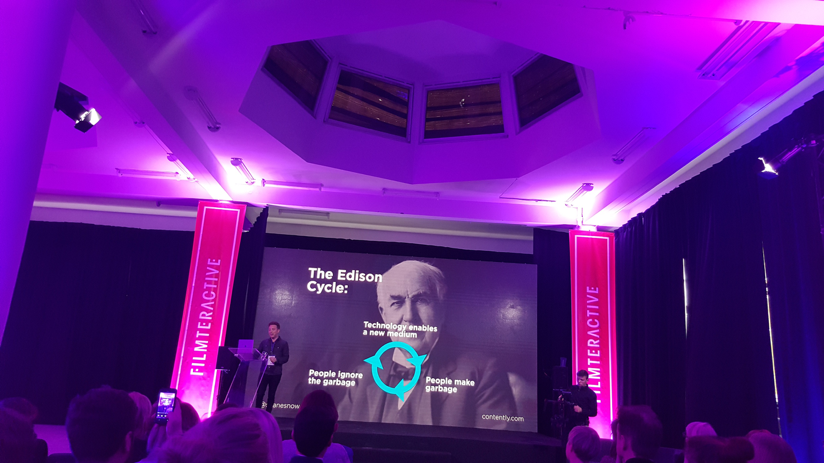 In other words, “too much content for the sake of content and not enough creativity to break through the noise”. But, not all is lost. You just have to brake the cycle of garbage with creativity. Just like Star Wars did. 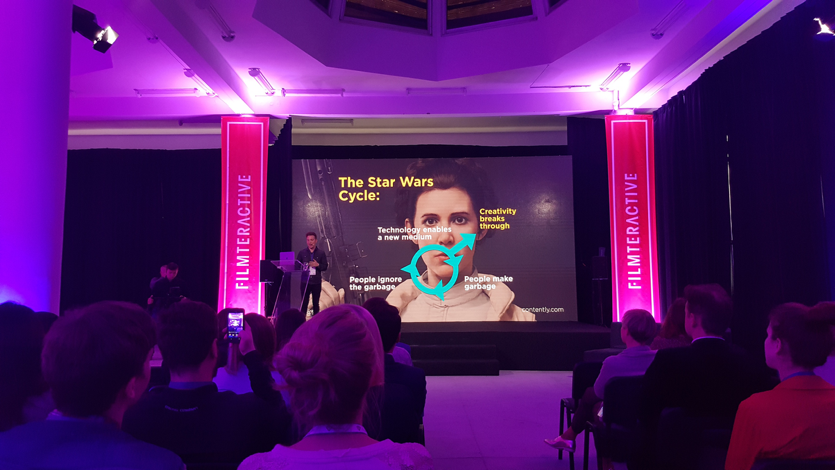 Ok, maybe our attention spans are now shorter but the good news is that people spend more time than ever consuming more good content from brands. This is your opportunity to create better stories.

Every story needs a solid structure—rhythm and flow—as Matthew pointed out. Do you find your content lagging behind in this area? It’s because you must have forgotten about these three vital points: set up, build, and pay off (in the movie world, it’s act 1, act 2, and act 3, respectively). “The best story is one that has a lead character, this character sets off on (some sort of) a journey, and this journey has a beginning, middle part, and ending,” said Matthew.

Finally, what you need now is a framework. Fuse all these elements together and put them in a strategy. Define your audience, themes that will appeal to them, choose formats, and make a plan using a technology that will help you not only in distribution. This is how Contently advice to do it: 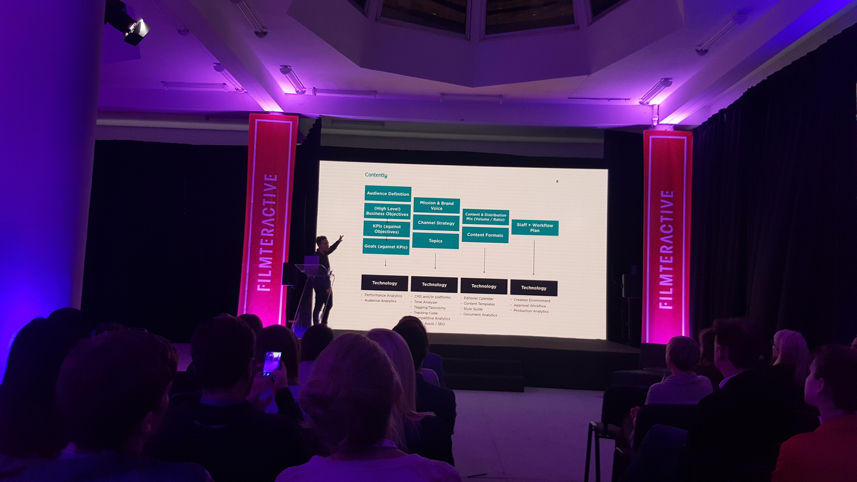 “This is a golden age of content of all types,” stressed Shane at the end of his presentation, “Let’s make the content break through.”

You liked it? Boost your content marketing knowledge and always stay in the loop with our newsletter: