Four Ways to Make Brand Journalism Work for Your Business

Brand journalism, corporate journalism, custom publishing, owned media – call it what you want, but it’s a trend you can’t miss. Storytelling paints a picture about the brand, how it was founded, the values it upholds, its vision and core statement. It’s a way to strengthen the bond with a potential customer. Brands that understand this trend have long ago ditched the idea of just having a blog and have since hired professional journalists, opened their own recording studios and started working with film crews. Here’s a list of the four most popular storytelling models:

Target: raising brand awareness not to generate sales but to get more engagement.

Few brands have led the way in raising brand awareness like Coca-Cola, which has a while back announced the death of traditional press releases through Ashley Brown. Just like Red Bull, with its Media House and a long list of documentaries, films and music, the brand decided to push unconventional content. Let’s take a look at some other players in this field:

Tomas Kellner, who worked at Forbes for eight years, is now a managing director of GE Reports, one of the best brand publications (GE) in the world. He publishes 6 to 7 articles per week, most of them penned by him, and rarely contacts external experts. He mainly covers new technologies. His readers? Almost half a million loyal fans who share his content on their own social media channels. 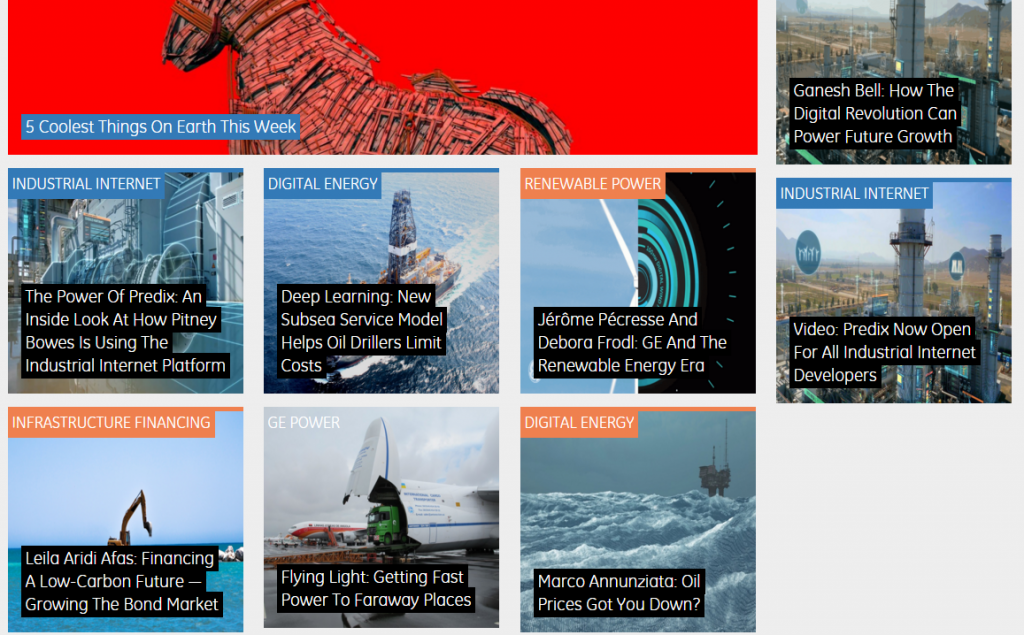 “We believe in stories,” said Kellner in one of his recent interviews with Contently, adding, “I basically ignored press releases, and focused 100 percent on storytelling. My stories have real protagonists who are trying to solve real problems and reach real outcomes. That’s one aspect. The second aspect is that the story has to be newsworthy to earn the right to be published on GE Reports. I want my readers to learn something new. When they come to a GE Reports story, it has to give them a piece of information, a nugget that they didn’t know before.” What’s interesting is that he doesn’t care about the number of leads, instead focusing on brand awareness. What matters the most is traffic and external links. The best are the high-quality ones, coming from Wired, Gizmodo, New Scientist, Fast Company or traditional media like Newsweek, Time or The Washington Post. Those were the outlets he used when he published his article titled “New Revolution CT Scan.”

A similar approach on the Polish market has been taken by Allegro and its magazine created through Prowly, in which the brand shares content about trends in ecommerce, law regulations, how to shop smart, platform functionalities and lifestyle. Allegro’s brand journalism is not a form of advertising – it does not sell a product or encourage the use of the platform. It aims to engage the receiver instead. The project “Polish Legends” had the same foundation – it doesn’t revolve around the product, but focuses on brand image.

Target: sharing information on your company and business sector, supplementing content published by the mainstream media

In 2010, Intel developed a project called “Intel Free Press” that was led by a three-people team from the PR department, including Bill Calder (ex-journalist and a PR expert) and Benjamin Tomkins (who used to work with InformationWeek). “We’re creating content for our brand, but also for journalists looking for inspiration in tech-related subjects. We provide free content,” said Calder online. Intel’s team publishes 34 articles weekly, complimented with original photos, available for readers through their Flickr stream. “We’re not measuring ROI or number of leads. We care about context and credibility,” Calder summed up.

Target: making your brand seem like an expert in its field

Let’s go back to Intel for a bit. A few days after their presentation at the CES tradeshow in Las Vegas, Intel started a campaign introducing the company’s new philosophy. As it’s well known, Intel has been creating and sharing extraordinary technology for almost half a century. Now, with their “Experience Amazing” campaign, they want to prove they’re the key to what people experience and love. Therefore, they shared projects which couldn’t exist without using Intel’s solutions: Butterfly Effect Dress by Ezra+Tuba, Kawehi’s interpretation of Beethoven’s symphony and a terrific dance routine by Paige Fraser. All available on Intel Inside’s website.

mostly known as Photoshop and InDesign creators, released software specifically created for marketers (Adobe Marketing Cloud). In order to strengthen their position in the market, Adobe System launched CMO.com and involved a well-known tech journalist Tim Morgan in the project. The website supplies content from over 150 different sources, such as Wired, Mashable and Advertising Age. In Poland, a similar role (building the perception of a brand’s expertise) has been filled by Brand24 or until recently – the White Hat SEO section on nowymarketing.com in partnership with Whites agency.

Let’s start with some data: 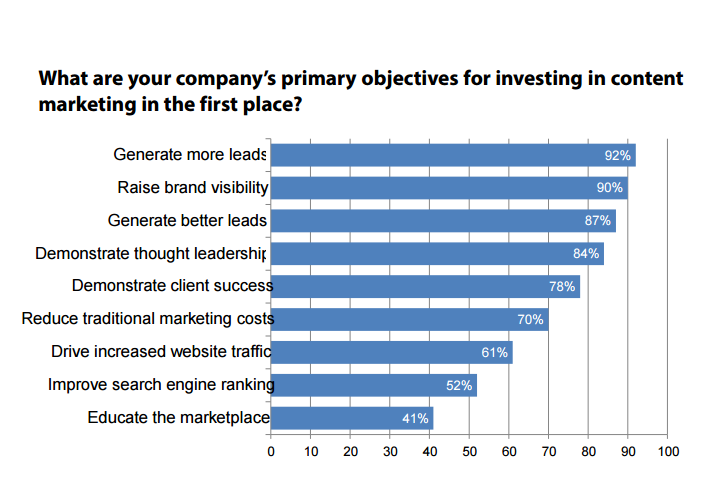 A great example of targeted content would be any kinds of reports or e-books, with guaranteed high quality and tempting CTA. HubSpot, Contently and Sotrender offer a great amount of them. Usually, they are created by departments working closely with marketing, which in turn transforms the leads into sales.

To learn more about online newsrooms and brand journalism, click here to request a demonstration.

Learn from The Best: Most Effective Brand Newsroom Concepts