How The Industry Can Get More Women Involved In Tech [INTERVIEW]

Edyta Kowal, Prowly: What are the “must-haves” for successful business founders and what non-essential things we should let go of? 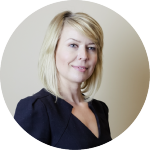 Start-up founders “must have” a portfolio of skills where persistence clearly plays an essential part. Ambition, flexibility, and lateral thinking all help while managing execution. Having created a plan, in turn, is vital to make the leap from having a dream to running a potentially viable startup. My experience with Mission ToRun and other fora is that female founders in particular have a tendency to torment themselves with niggling worries such as “am I good enough?” or “is this the right time to start?” Lady Macbeth wasn’t involved in startups so far as I recall, but her Shakespearean line “Screw your courage to the sticking place and ye shall not fail” strikes me as a handy maxim. It brings a whole new meaning to duct tape programming too! As the great pioneering computer scientist, U.S. Navy Rear Admiral Grace Murray Hopper, said: “A ship in port is safe. That’s not what ships are built for. If you’ve got a good idea, and you know it’s going to work, go ahead and do it.”

Prowly: What three things have surprised you the most about great founders who build great companies?

B.Y.: First and foremost, it has struck me that most entrepreneurs talk about luck and how important it was in their ventures. At the same time, they all, to some degree or another, “make their own luck” through persistence. However, a relevant factor is that luck tends to be most prevalent when you have bought the most lottery tickets, ¬ therefore those who in Edison¬ style “hustle while they wait” are enormously “lucky!” Secondly, the best founders are at once the easiest to deal with. I don’t mean they give ground to make deals, but they are human, empathetic, and generally give time to listen to others. It may not be a lot of time, but their feedback is usually incredibly focused. That is the third differentiating factor. They are not afraid to ask simple questions, albeit they may pepper you for more data to really get to the bottom of an idea.

Prowly: Do you think that there is a lack of female role models in tech?

B.Y.: I think there are lots of female role models in tech but only a few get covered by the mass media. The difficulty is benchmarking. If it’s all about running a billion dollar company then perhaps the benchmarks are wrongly calibrated. There are many women out there who may not be running unicorns but have developed great enterprises, from small to remarkably large levels and managed to achieve a good work–life balance. Take Cindy Gallop for instance. She has developed an interesting idea (Make Love Not Porn) which was born of a uniquely female perspective but she has struggled to gain investment, all the while being a super role model and an excellent mentor who is a frequent point of reference for successful women executives and entrepreneurs alike.

Prowly: What are your expectations going forward for women in tech?

B.Y.: More investment and VC funds accessible to women to nurture and help female founders would be great. An increase in experienced women mentors will help too. The visible lack of female input during tech events is another challenge. For example, I wish more organizers in Poland would follow the example of Web Summit and bring more female speakers to the stage.

Prowly: How can the industry get more women involved in tech?

B.Y.: Education, particularly after women have had their babies. They are ideally suited to learn programming languages and add to their existing portfolio of skills from their previous work experience, and therefore can easily develop these skills while they readjust to ending their maternity leave. Moreover, given the data showing how startups work better with mixed teams, it strikes me that companies need to be thinking harder how to incentivize women to join male dominated startups to give their ventures a better chance of survival.

Prowly: Do you think there’s greater recognition today that there needs to be more women involved in tech, compared with when you started your career?

B.Y.: I believe there are many great initiatives. For example Geek Girls Carrots, Women in Tech, or Lesbians who Tech. Each is doing great work encouraging the sisterhood to release their inner nerd and be creative in code, just as women are so creative in other walks of life. Nevertheless, women are still under-represented so there is more work to be done by the existing initiatives and likely some new ones too. At the same time, it was great to see Carly Fiorina, a self-made woman in tech running for president this year in the USA. Her primary campaign was the sort of high level activity which helps prove that digital women are reaching the mainstream! Elsewhere, isn’t it great to see the likes of Joanna Stern as Personal Technology Columnist at the Wall Street Journal? Even in traditionally male dominated tech media, we’re seeing women in high profile positions. That’s the legacy of Grace Hopper and a lot of good old fashioned hard working talent!

Prowly: What do you hope happens going forward?

B.Y.: I think there is clear recognition of the problem, but that leaves us in a classic “wannapreneur” impasse! Now we need to see incremental action throughout the industry to tackle the problem. Just as we have seen startup ecosystems gag when big government tries to deliver ‘top down’ entrepreneurships (perhaps the ultimate startup oxymoron!), so too we need to see bottom up community action. That means every startup addressing how they are going to build a better, sustainable business through involving a diverse workforce that better reflects society and improves the company’s core competence.