For many years I have been watching the Golden Drum advertising festival, which is dedicated to audiences from the “new Europe”. I have always wondered if there are any significant differences in the quality of services in the integrated world between PR and marketing campaigns from the “old” and the “new” parts of our continent.

A few years ago, the Slovenian city of Portorož, where every year industry representatives from our region would come down, was referred to as the “Cannes for the Poor”. Advertising agencies from different countries (where the advertising market was just beginning to develop) could only dream of winning in Cannes—the largest advertising festival in the world.

Today, the Golden Drum is the only advertising event in our part of Europe, which —regardless of how difficult the situation of an agency might be—has seen a spike in the number of applications. Just before the jubilee edition, 25th Golden Drum Festival, on 17-19 October 2018 in Portorož, I interviewed Dushan Drakalski, President of WHAT Competition Jury. 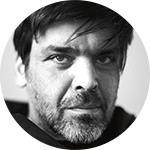 Magda Wosińska, Prowly  Magazine: I’d like to ask, as this came up during the speech: “Technology now matters more than content” – how do you understand this statement?

Dushan Drakalski, Creative and Film Director: I do not think that it is true. Technology is there to serve the body and not to confuse the brain or take its role. Content will become more and more important in terms of what it actually represents. And if we talk about AI than maybe, but when this will happen is still unknown to me.

There were many great content campaigns that grew from small projects to huge productions (e.g., Allegro’s “Legendy Polskie” [Polish Legends]). Where’s the line, and will it get any thinner? Do you think that content marketing campaigns will be judged at advertising festivals in the future?

It depends where you see and draw the line. I think that in the future everything will merge and we will simply judge ideas rather than focus on dividing them. It just takes time.

But how can we bridge the gap between consumer adaptation and ever-changing technology? And besides, what’s technology without the right content?

I think we should think more about the relation between the concept inside of each piece of content. The channels are changing, and so are the media. For example, non-visual advertising is nowadays conquering the US. Radio has made a comeback with Alexa and Siri and Spotify. There are kids who wish Alexa was alive. Who would have said just a few years ago that something non-visual will have power again?

In other words, none of the standard channels are dying without a possibility of resurrection. The only thing is that we should adapt to the new technology, but not put the historical knowledge into the shelves of our agencies.

Specialists in Poland often indicate that the boundaries between PR and marketing are dissolving as, from a consumer’s perspective, both are simply a means of communication. Do people in the Balkans think likewise?

I do not know what exactly people in the Balkans think these days; I haven’t been there for the last couple of years. What I know is that boundaries are changing. PR has always been and will always be a strong marketing tool since the time of Edward Bernays. The thing is that the past with Bernays was full of science. He used his uncle Sigmund Freud in most of the legendary PR actions. In other words, he used Science. Today, after the big data, this science has infiltrated the marketing world even more. In addition, opportunities are not only psychological, but experiential as well. The one who finds a model for how to use more science in advertising and marketing will survive.

In what direction are the campaigns conducted in “New European” countries heading?

I think that each country has its own way to approach to the big picture. Taking roots from its own culture or habits. You know if you have made a parallel between social media platforms. They are the same everywhere but filled up with a local spirit. The same applies to campaigns.

“If we stick to the outdated definition of creativity: that creation = advertising, then one could probably say that the Cannes Lions is all about money as the number of categories is absurd and unjustifiable for any substantive reason. For me, however, the festival is a celebration of ingenuity and courage as it draws people who are actively shaping a new vision of the world” – the well-known Julia Izmałkowa, CEO of Izmałkowa, has said recently. She said it about Cannes Lions. Do you think that this quote applies to other festivals as well? What could be done to avoid the connotation that people only take part in festivals to make money? Do you feel the same way?

I will try to focus a bit and answer probably just a part of this question. I’m not sure I can answer the whole question. I don’t think you should judge a festival from the money perspective, because if you do, then what about the business itself? It’s called advertising business. Therefore, it means it’s all about the money as well. Festivals are there to verify creativity, to raise the bar, shape opinions and make us more important than we are. But, in general, festivals are a good school for the future. Regarding the categories, you can see how big this business became and how many perspectives opened up thanks to the technology you mentioned before. Hence, there are more categories. But that might change in the future, some categories have merged already.

What is your subjective definition of creativity?

When you are searching for the way in a snowstorm and there are no footprints to follow.

What are the necessary constituents of a successful campaign? You’ve seen countless projects during your career. What could still surprise you?

The best recipe is not to have one at all. I once heard this from the best cook in the world. He said, “I cook with ingredients which I can find around me in the radius of 30 km.” That means I will not use Italian olive oil in Copenhagen or herring in Sicily, I will only deal with the things around me. That caused something inside of me to click. Whenever I move, I try to look around and see all the creativity that is out there and is not being used. That model communicates very well with people, as in some way it can be distinguished from the rest of the world, because of its honesty. But it is still not a recipe, it is just one way, in a pool of endless possibilities, to be creative.

Dushan Drakalski is a creative and film director. He is considered to be one of the most creative and experienced communication specialists from the Balkans, managing to create award-winning and memorable campaigns in this challenging region, as well as being the recipient of one of the most prestigious awards – Titanium Lion. Dushan is now holding a position of CCO at VMLY&R’s production responsible for the European market.

You liked it? Boost your content marketing knowledge and always stay in the loop with our newsletter: