Content Marketing – Your Weapon to Fight Against the Crisis

Warren Buffett said some time ago: “It takes 20 years to build a reputation and five minutes to ruin it.” Well, now, thanks to the digital communication society we live in, it takes just a few seconds. Consumers respond instantly and around the clock. They interact with brands on blogs, Facebook, Twitter, Linkedin, in YouTube videos, on forums and other channels available to anyone with an Internet connection.

Selling products? They can easily review them on the Internet – on any major e-commerce site like Amazon for example. In fact, many of these sites have even social media links that let your buyers/clients/target group push their opinions from a product page straight to Facebook or Twitter. Running own business? They can check you on Citysearch, Yelp, Zagat.com and the local business listings at Google, Bing and Yahoo.

It’s simple. Almost as simple as turning lemons into lemonade – if you don’t take control of the narrative, someone else will.

We usually think of content marketing as an opportunity to gather leads, promote and finally sell something. But we forget that it can also be a great way to deal with a crisis – when reassuring people, preventing or minimizing panic, and what is more important – when boosting the company’s reputation.

Here’s a look at the relationship between content and crises over the past few years:

Duke Energy relied strongly on storytelling in the aftermath of the environmental accident on Super Bowl Sunday in 2014 when a broken storm-water pipe at a shuttered Duke Energy power plant near the North Carolina-Virginia border unleashed up to 39,000 tons of coal ash into the Dan River.

Greg Efthimiou, APR, leads content and employee communications at Duke Energy, admitted lately at PRSA blog: “By 2015, it seemed all eyes in our communities and industry were trained on the company. Searching for ways to boost the company’s reputation, we began sharing content originally developed for our employees outside company walls, typically by slipping an article, blog or video onto Duke-Energy.com and posting links on our rapidly growing social media channels. We also offered these fully developed features to traditional media outlets.” How did they do it? They took part in intensive brand journalism training and transformed their team into a real content team running regular newsroom meetings. 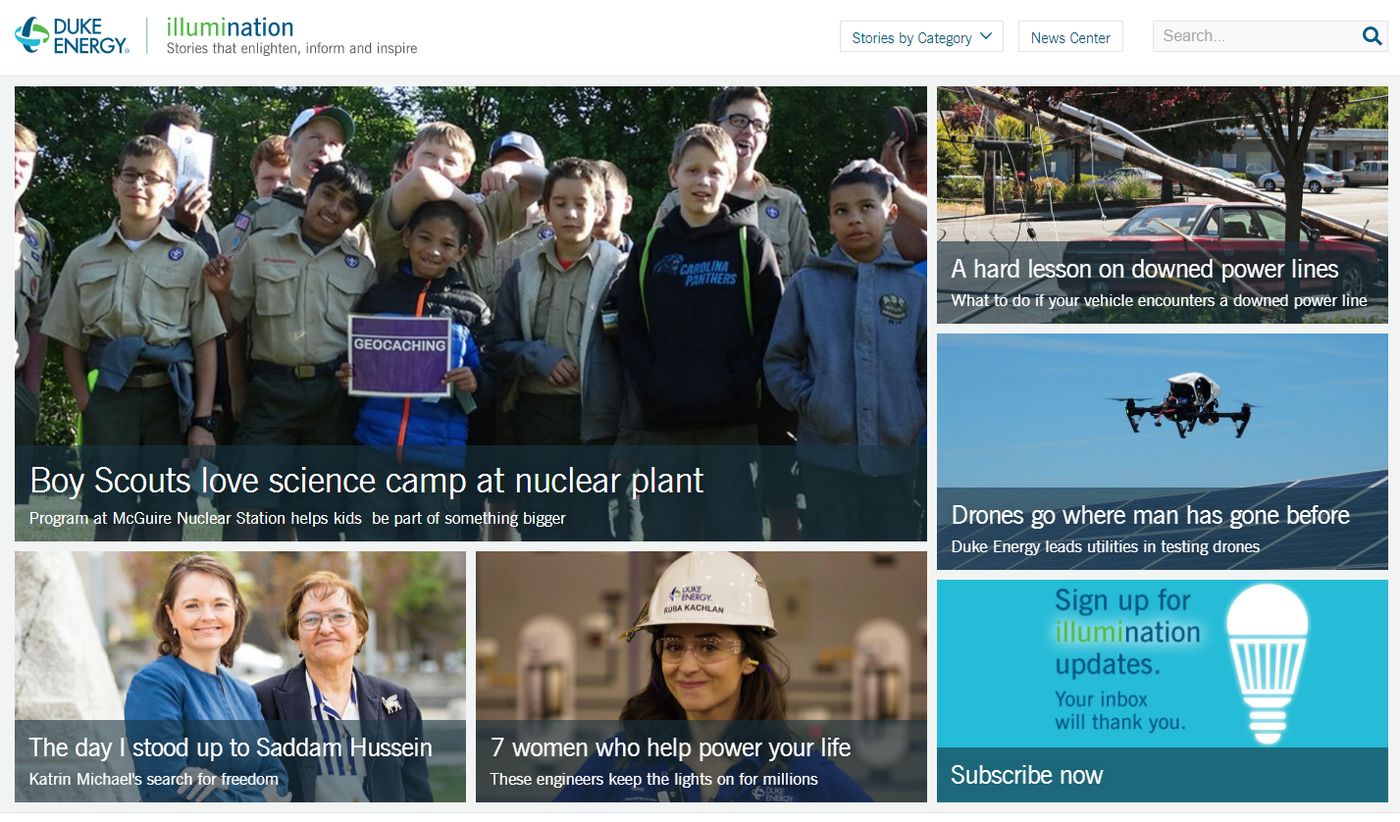 Some communication crises are just destined to end badly. Dell learned this painfully in 2005. The leading media blogger – Jeff Jarvis – had problems with his defective computer and asked Dell for help – a repair or replacement of the device. When he got a refusal in response, first he became frustrated, then he published – on his blog, BuzzMachine – an open letter to CEO Michael Dell. The result? A full blown crisis with “Dell Hell” logo on front pages of major newspapers and magazines. In one moment, the journalist’s response became one of the most widely read, discussed and linked-to articles on the web ever.

After some time, some experts and commentators called it a “slow evolution”, but finally Dell reworked its customer service, changed its policy on the blog, and began both blogging and reaching out to bloggers. Now the company has a few different Facebook pages and an equal number of blogs. It runs various community sites for customers too.

Case 3: Volkswagen – All About Trust

Sometimes, unfortunately, no amount of catchy content or philanthropy can make up for public deception. But, still, it can do more good than harm. The recent Volkswagen emissions scandal which traversed the globe (including the Audi, Porsche and Lamborghini brands) is a good example here. Volkswagen’s crisis response was a smart, yet dirty, play. “By making their crisis narrative about their corporate legacy and comparing their crisis communications to the debacle of 2 years ago, they are successfully retaining control over the lesser of the two narrative evils.” – comments Nicole Matejic, an expert in crisis communication and an international social media advisor.

There is one quote in Rebecca Lieb’s book “Think Like a Publisher – How to Use Content to Market Online and in Social Media” I think all communication teams should remember: “Online reputation management starts with having a content strategy and content marketing already in place. You don’t want to wait until there’s a fire blazing to assemble the tools you needs to douse the blaze. Rather, you not only want those tools in place, but you also want to have already constructed fortifications in the form of plenty of optimized content on the web in general, as well as on blogs, social media, and social networking sites.” But don’t be a fool – it doesn’t mean you can set it and forget it. Content marketing is like a never-ending story – you will always have to “feed the beast” and:

The key lesson here? Online reputation management isn’t about erasing any negative mentions or associations made with your organization, but rather about moderating those negative results with strong, positive, visible, and consistent content. It’s the only weapon at a marketer’s disposal.

How To Communicate Your Way Out of Trouble – Crisis Comm Manual. Found out more with this whitepaper